The 2023 calls are open for the Young Scientist Award and the Dominique Givord Award for Advancing Magnetism in Europe. Nominations should be sent before January 31, 2023.

In 2019, the European Magnetism Association (EMA) established two awards. The Young Scientist Award is awarded every year to a young scientist, for theoretical or experimental work performed mostly in Europe, in fields of fundamental or applied magnetism. The Dominique Givord Award for Advancing Magnetism in Europe is awarded every three years to an excellent Scientist (or a group of a maximum of three scientists), who has significantly helped to push forward magnetism research and the magnetism community in Europe.

The call for the 2023 awards is open. The nominations should be sent before January 31, 2023, via e-mail, to the EMA Awards Officer Christian Back, and a copy to the EMA President Olivier Fruchart.

The award consists of a certificate, a unique prize - see below :), a monetary award of €2,000 for the Young Scientist Award or €3,000 for the Dominique Givord Award, an invitation to the JEMS 2023 in Madrid to attend the award ceremony and present a plenary talk, and a travel allowance of €500 to that purpose.

Candidates at a previous call can be nominated again, if not previously awarded. In the case of the Young Scientist Award, the time is that the nominated candidate must have defended the doctorate no more than five years before the nomination deadline, with allowances for military service and parental leave. 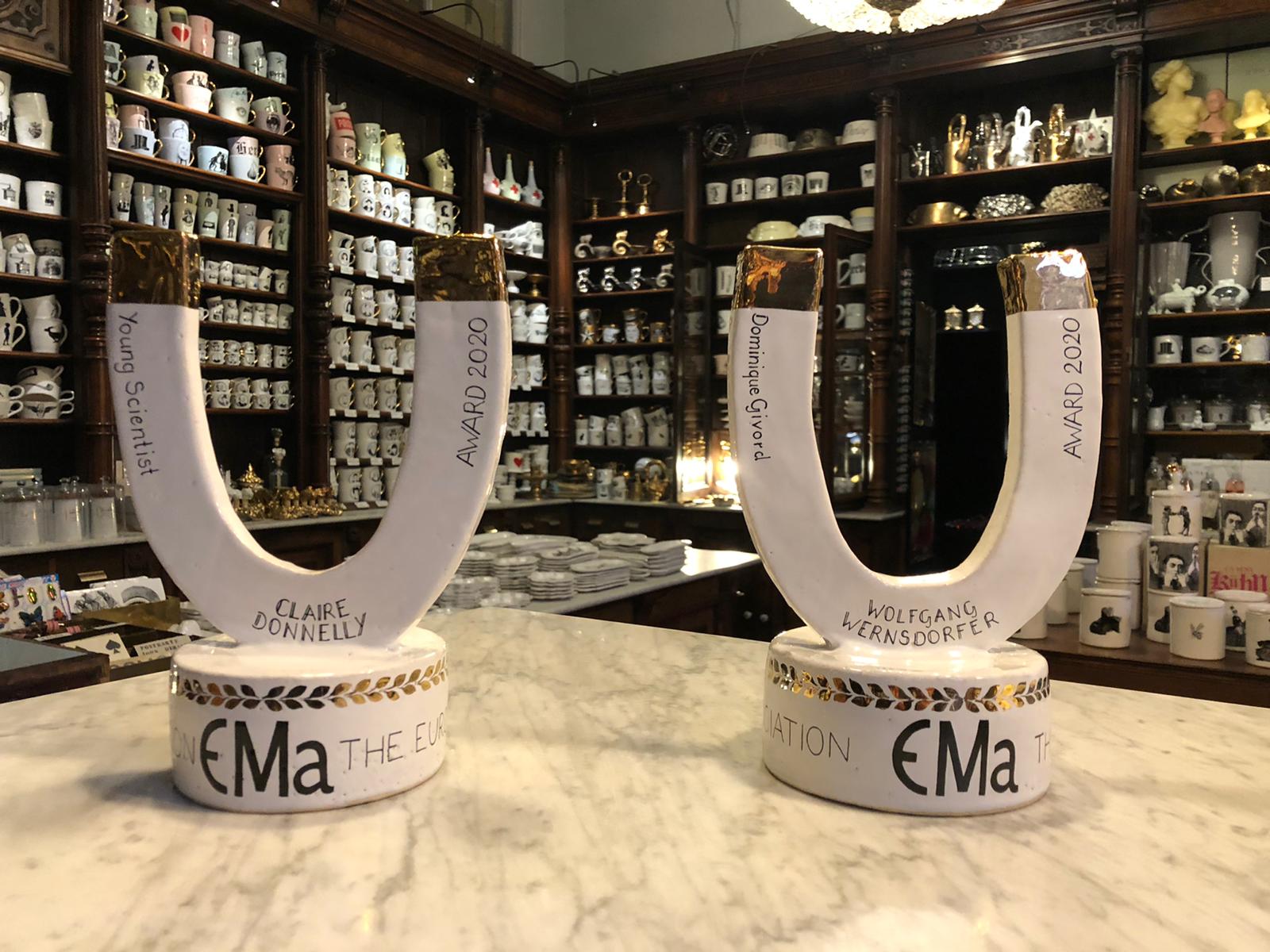