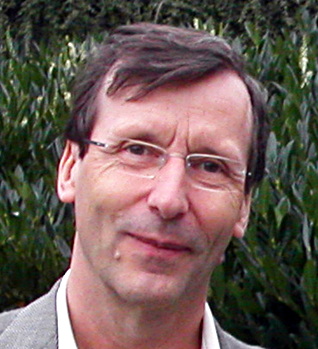 Download the booklet of personal testimonies for Dominique, collected and brought totgether as a booklet.

Dominique Givord was an outstanding scientist, a teacher to many, and a leader within the magnetism community. Dominique’s research interests were wide and varied and included fundamental studies of the paramagnetic response of metallic ferromagnets, magnetism of rare-earth transition metal alloys, magnetisation reversal in high performance permanent magnets, exchange bias in nanoparticles, electric field effects on magnetic thin films, antiferromagnetic spintronics, and bio-medical applications of micro-magnets. His passion and enthusiasm inspired coworkers and colleagues, and he will be remembered for his stimulating and challenging discussions.

Dominique contributed greatly to the magnetism community at both the national and international levels. He was the director of the CNRS Laboratoire Louis Néel in Grenoble (1992-2000) and then the national pulsed magnetic field laboratory (LNCMP) in Toulouse (2000-2002). He was a co-founder and co-coordinator of the European Commission funded Concerted European Action on Magnets (CEAM), a project with over 70 partners from academia and industry which ran from 1985 until 1993. This project promoted pan-European collaboration related to the development and use of high performance rare-earth transition metal magnets through scientist exchanges, regular meetings and information sharing.

He forged special links with the Vietnamese magnetism community, starting within the framework of a Dutch sponsored effort to restore scientific research in the post-war years, and was awarded the State Prize of Science and Technology and the Medal of people friendship of the Government of Vietnam. He also played a key role in building close ties between the magnetism communities in France and Romania and was instrumental in establishing the Franco-Romanian Summer School on Magnetism. This biennial school ran from 1999-2003 and in 2005 it evolved into the "European School on Magnetism". Dominique was a driving force behind the establishment of The Joint European Magnetic Symposia (JEMS) and chaired the first edition of this conference when it was held in Grenoble in 2001. The progressive gain in importance of these two European events has contributed to building a European magnetism community, which Dominique wholeheartedly promoted as a co-founder of the European Magnetism Association. Dominique collaborated with a number of Brazilian groups, and was a visiting professor in the Universidade Federal do Rio de Janeiro. He served as secretary of the magnetism commission of the International Union of Pure and Applied Physics (IUPAP) and as an editor of the Journal of Magnetism and Magnetic Materials.

Dominique was a caring, generous, sincere and very accessible person, and continued to the end to mentor and inspire young researchers. With his profound understanding of magnetism combined with his intuition he formed a critical link between today’s research efforts, which benefit from transformational advances in both computing and characterisation possibilities, and the wealth of yesteryear’s efforts. The outpouring of glowing testimonies received in these last days are a measure of the man. To paraphrase an African sage, "when an elder dies, a library burns", surely applies to this sensei who will be missed.